Climate change is what’s known as a “wicked problem.” Why is that important? Because it has a lot of implications for our ability to actually tackle it and solve the problem. On this page of the Climate Chess Climate Site, we’ll introduce you to the idea of wicked problems, and the implications of climate chess being a wicked problem. You can explore the wicked problem literature (and much more) in the Climate Web, starting with the I:WickedProblems Index Entry. 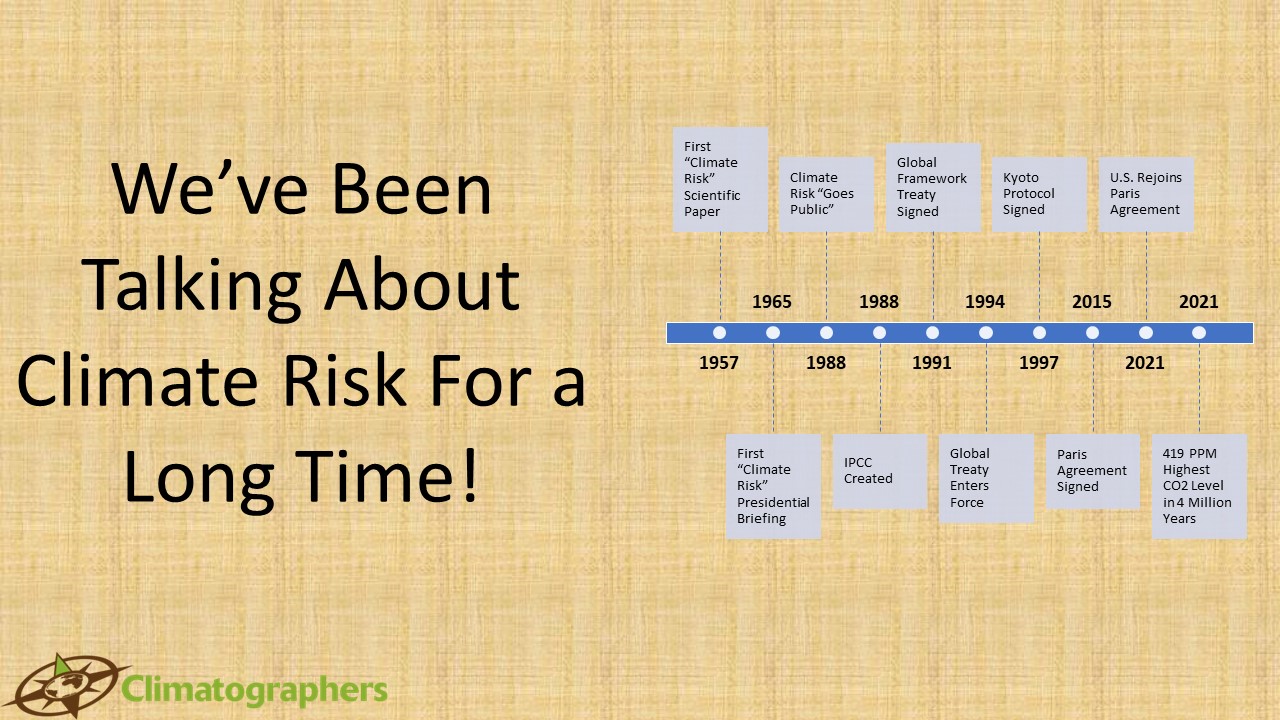 The first risk scientific paper characterizing potential climate change as a societal risk was published in 1957. So we've been talking about climate change from a risk perspective for a long time too. The first Presidential briefing on climate risk was in 1965, and the conversation has only expanded since then. But the key takeaway is that the rise of CO2 in the atmosphere has been inexorable, rising from a pre-industrial 278 ppm to 419 ppm most recently, the highest level in millions of years. That has a lot to do with the fact that climate change is a wicked problem. 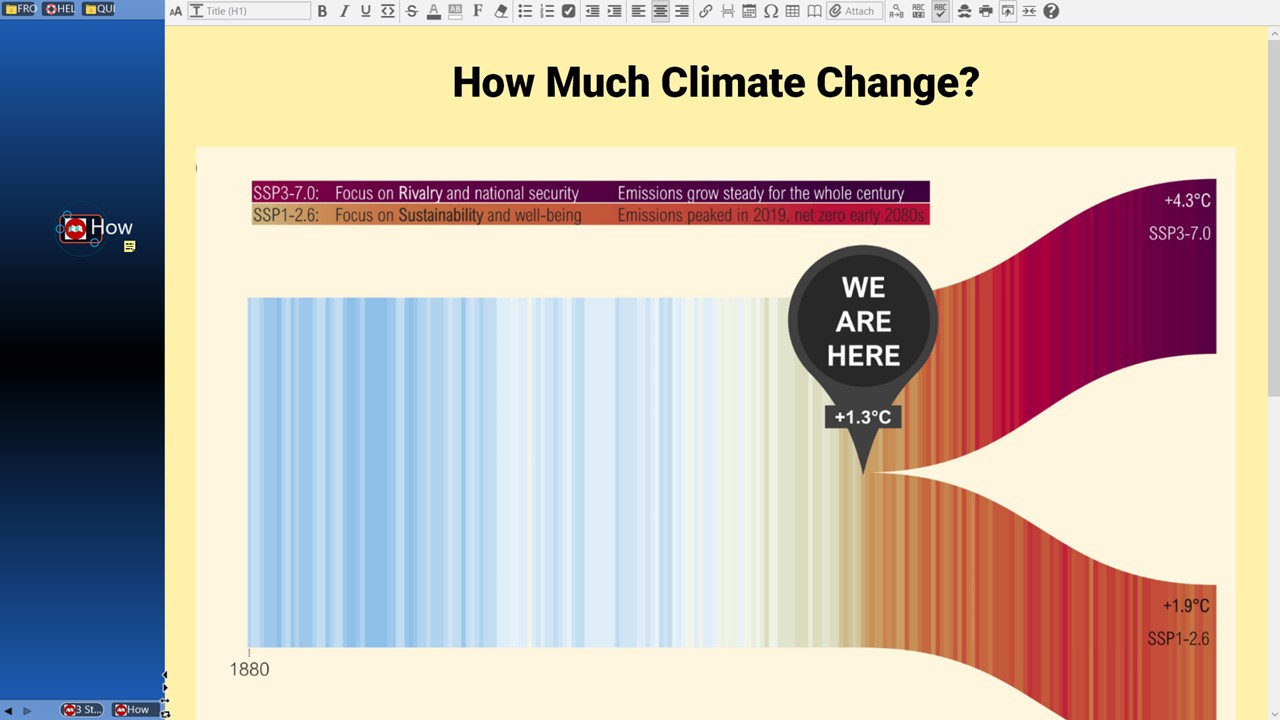 The fact that climate change is a wicked problem makes it a lot more difficult to forecast climate futures, in large part because it’s so difficult to know when and whether sufficiently aggressive efforts to limit climate change will be undertaken. To date, many of the policy initiatives being pursued for tackling climate change can be analogized to the Charge of the Light Brigade against an entrenched artillery position during the Crimean war. They have not ended well. 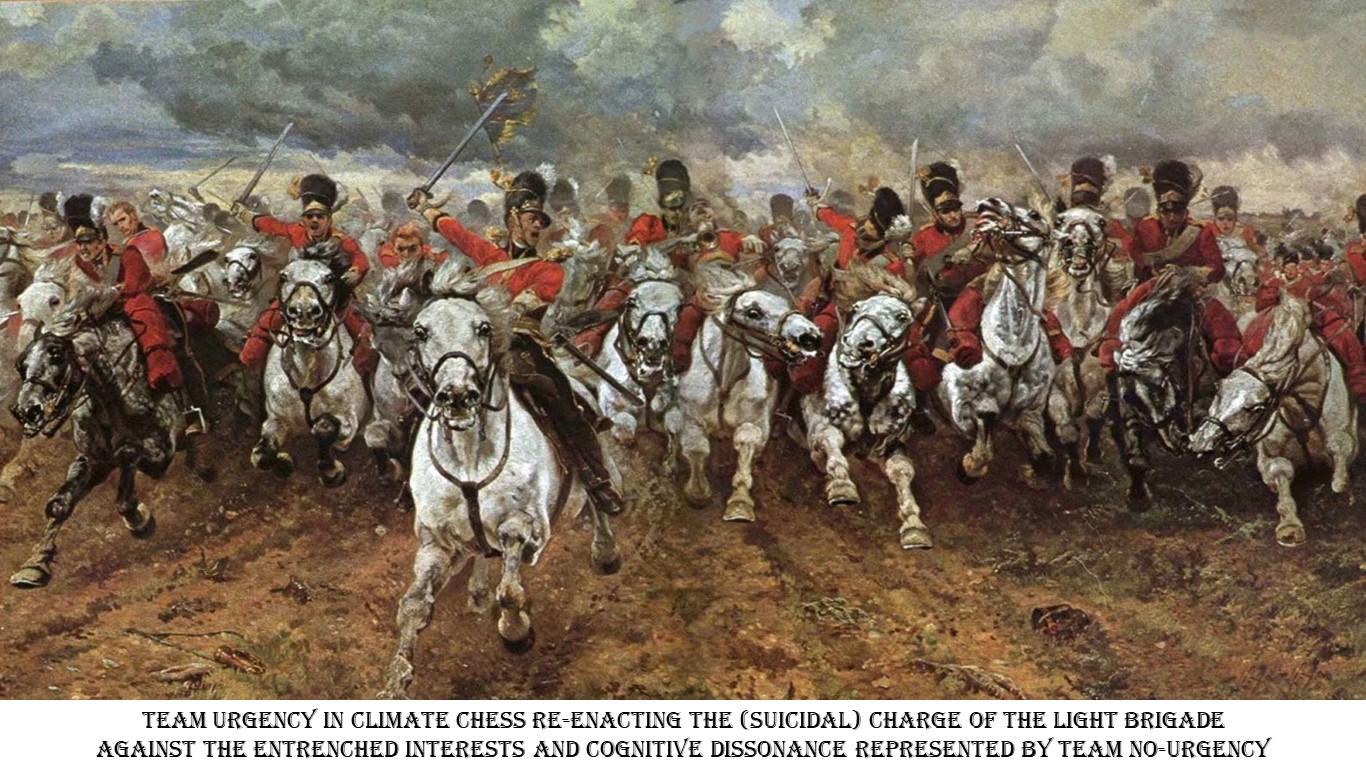 The fact that climate change is a wicked problem also makes it a lot easier to under-estimate the true risks associated with climate change. The work of the Intergovernmental Panel on Climate Change (IPCC), for example, is commonly considered the best source of information for business decision-making related to climate risk. But the IPCC delivers the consensus scientific view on climate futures; in other words, it emphasizes the “most likely” or “expected” climate change outcomes. The IPCC focuses much less attention on the “long tail” of the climate change probability distribution as shown in the image below. The IPCC largely ignores, for example, key risk variables like “climate tipping points” because there is insufficient scientific consensus on their timing or likelihood. 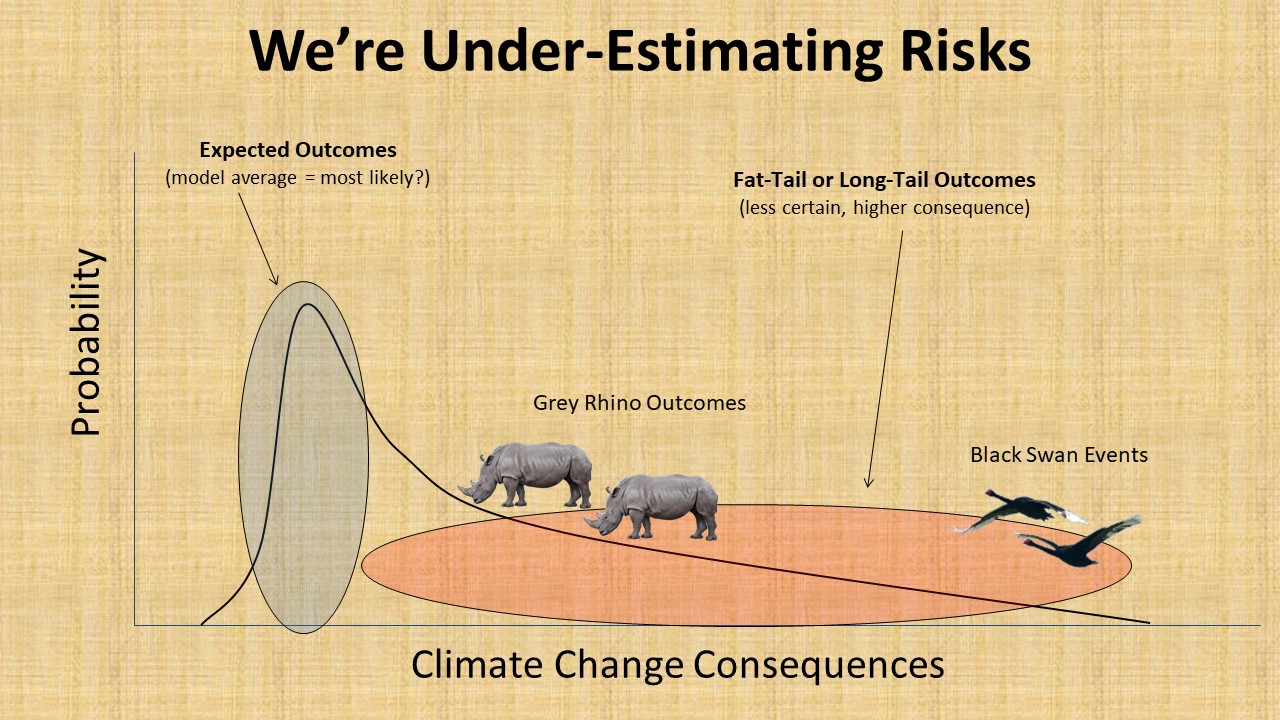 The human brain also has an enormous potential for self-deception. This quote from Margaret Heffernan has to be one of the best climate change quotes out there.

It doesn't help that we're operating in an economic system that discounts the future to such an extent that climate change quickly disappears as a perceived problem. If you discount the future at 5, 10, or 15%, which is what we generally do, anything happening more than a few decades into the future doesn’t really matter. That’s the point Lester Lave is making in his quote. 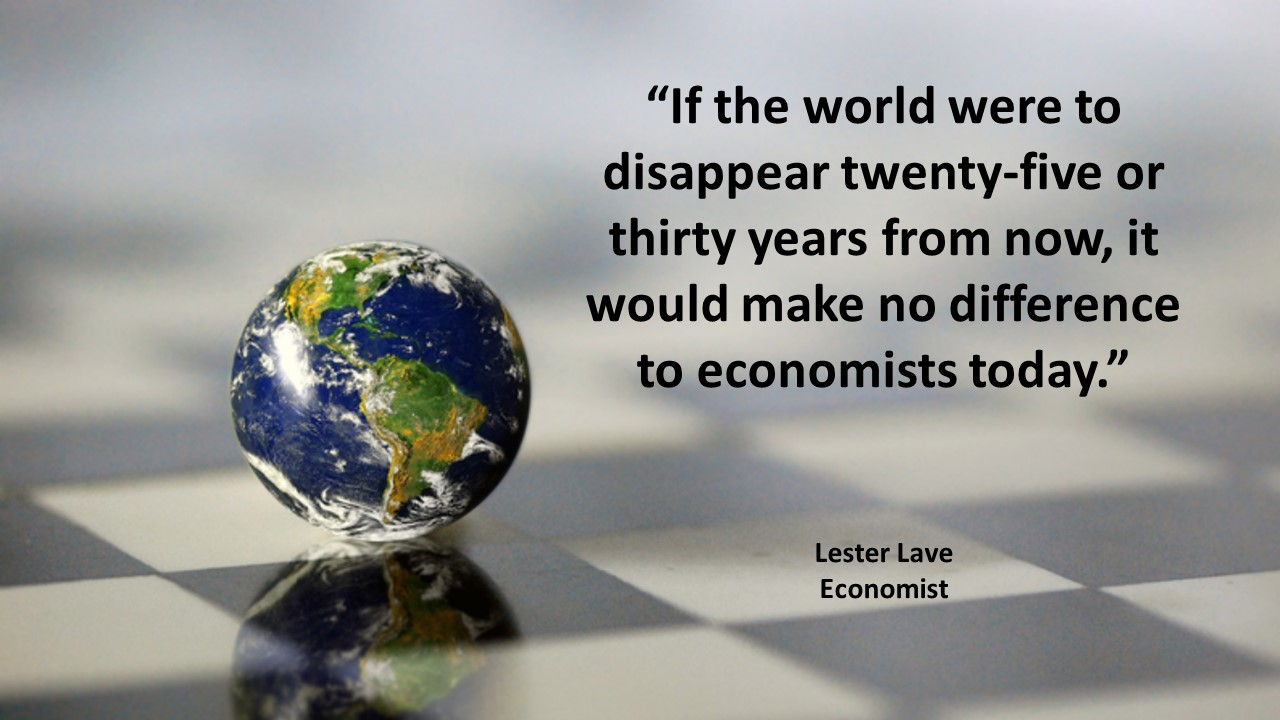 All of this has led people who think a lot about wicked problems to be quite pessimistic when it comes to climate change. Nobel Prize winning economist Daniel Kahneman for one. 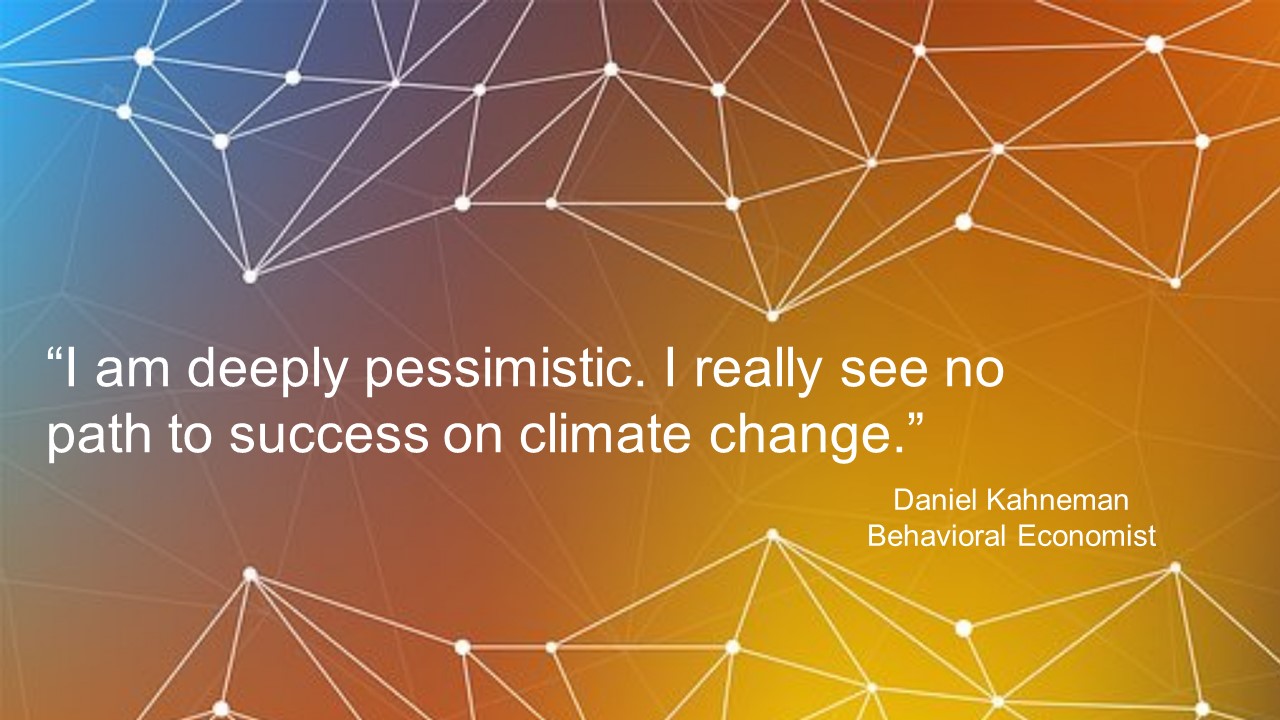