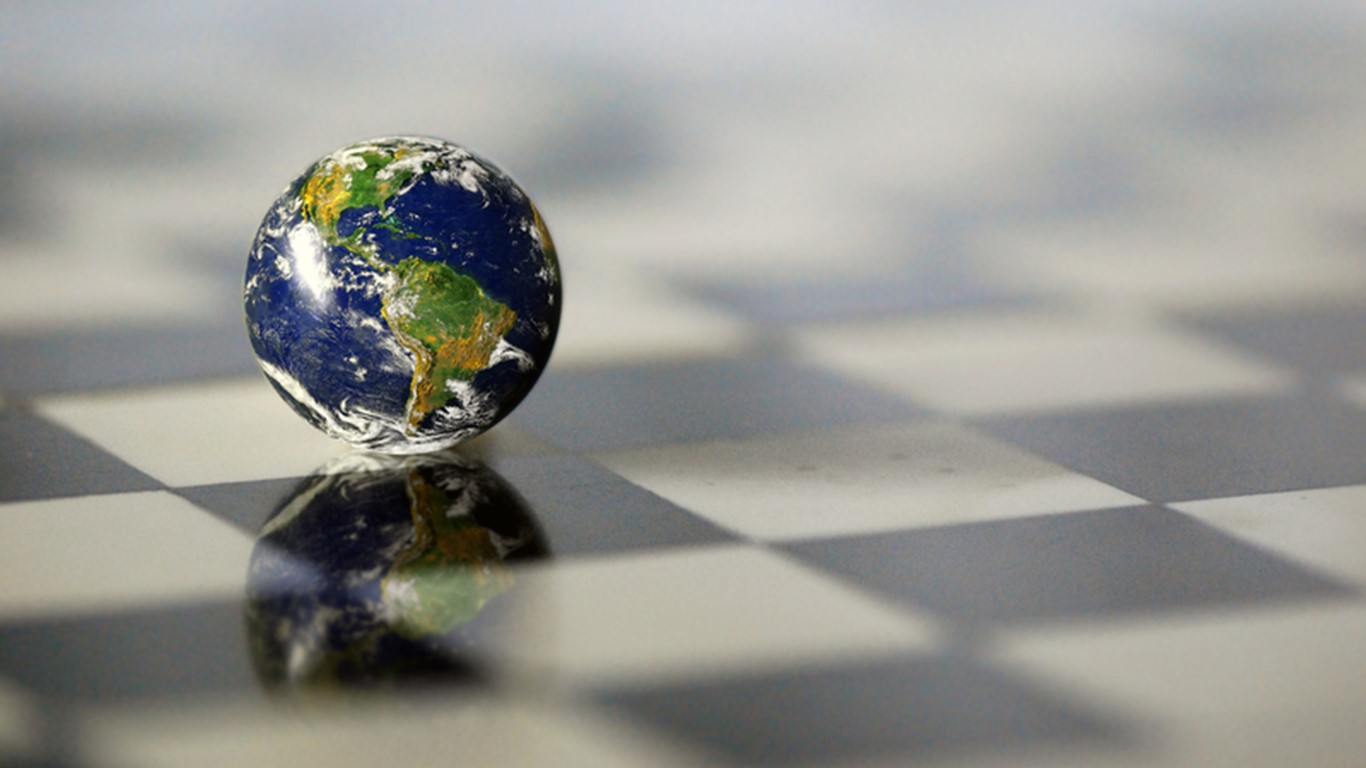 Team Urgency can also be characterized in ways similar to our earlier characterization of Team No-Urgency.

So who is part of Team Urgency? All sorts of players, albeit only players who are perceive climate change as an urgent problem, and calling for an urgent response. They include:

Motivations that these and other Team Urgency Chess Players bring to the game include:

In fact, a big problem for Team Urgency players is that they are coming to the game for such different reasons. It’s easy to see why they commonly end up competing with each other to lead the Team. 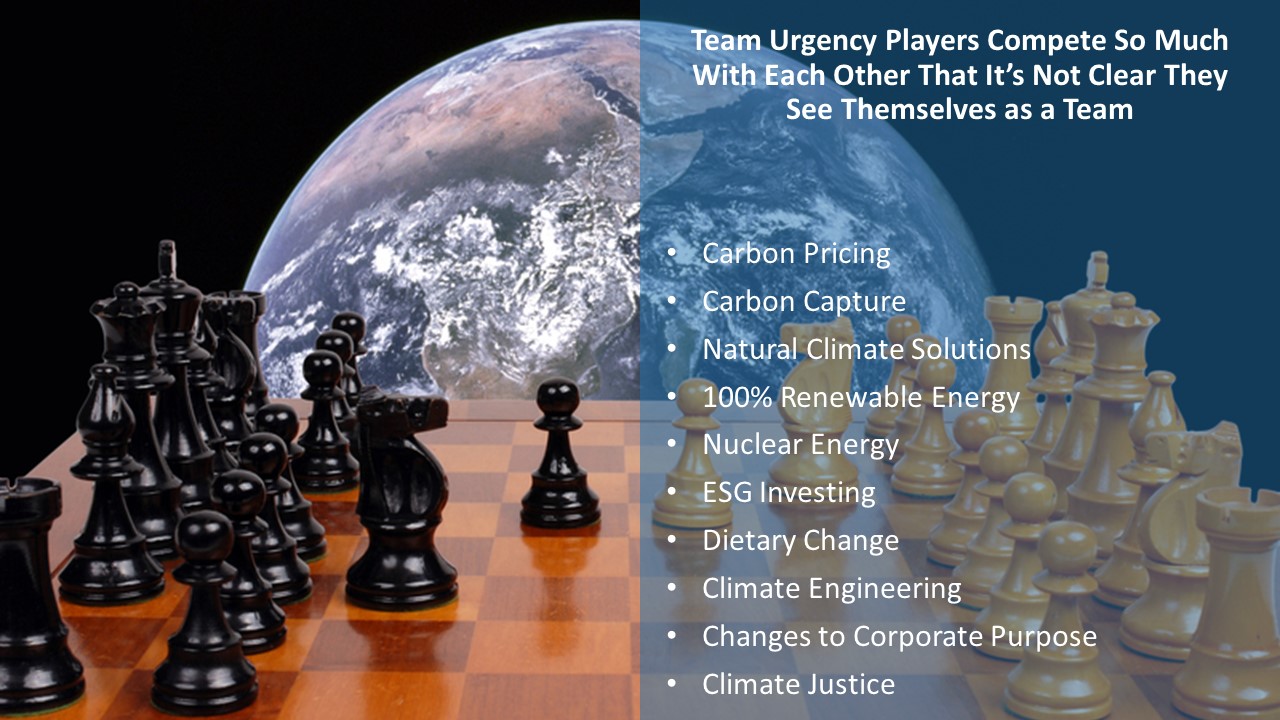 What Chess Pieces and Moves does Team Urgency have available? Lots! Here are a couple of key sources. One is Project Drawdown which lists 80 current and 20 potential chess pieces (without calling them that of course). You can explore all of these pieces in the Climate Web. 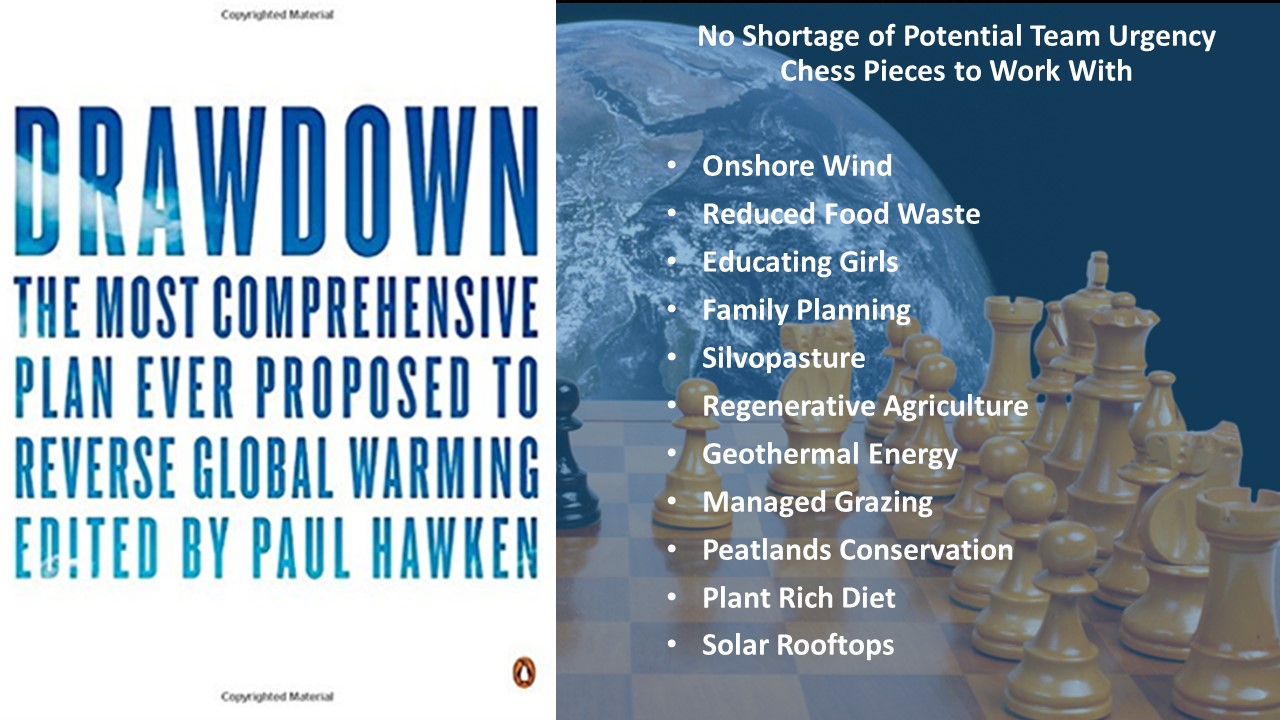 Another very interesting list of chess pieces can be found in this report, which you can also access in the Climate Web. This report identifies more than 1,000 initiatives that would in effect advance the goals of Team Urgency, organizing them both topically (as in the slide below), and by who would be actually moving the piece on the board (the slide below this one). 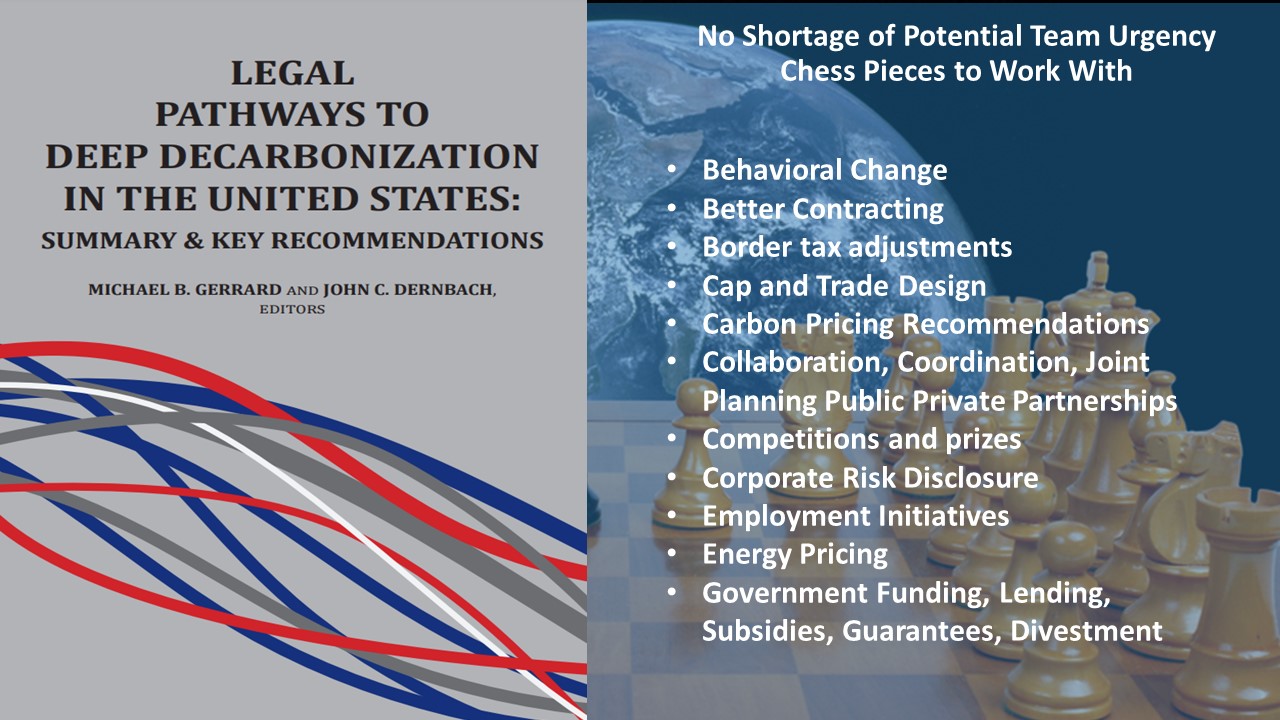 This report represents a pretty remarkable collection of Team Urgency chess pieces and moves, and they are all organized in the Climate Web. 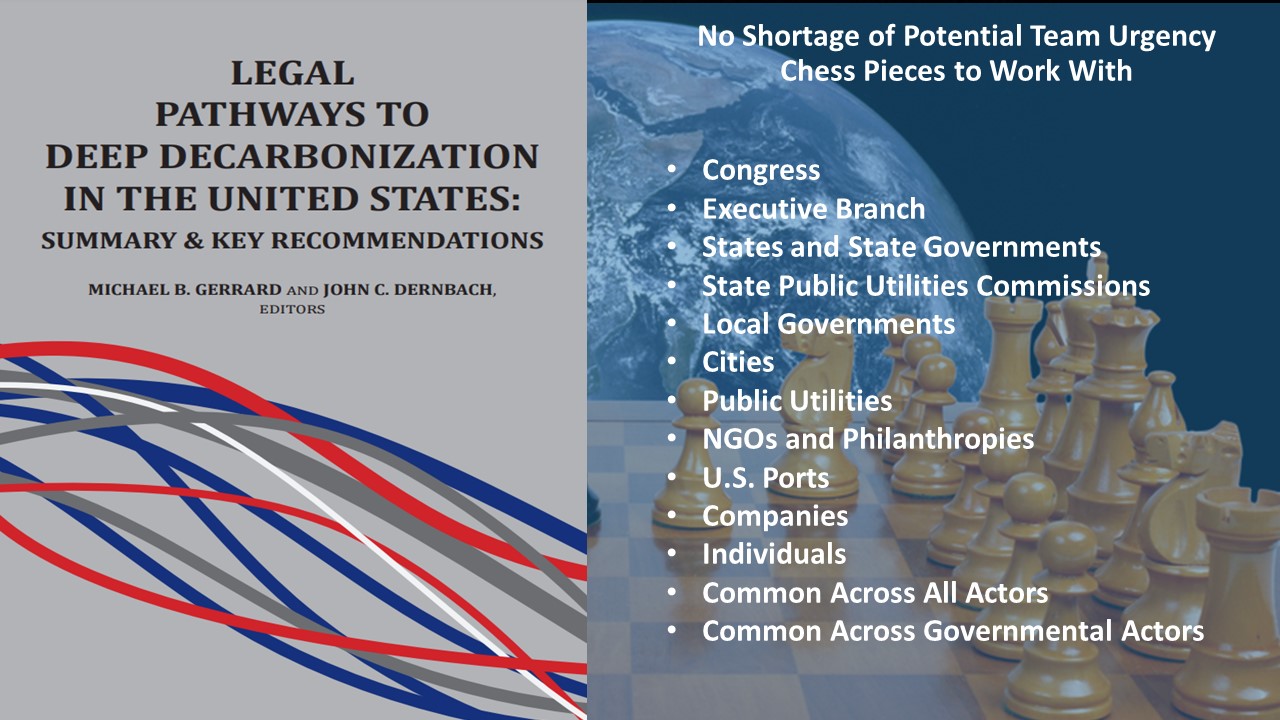 A few of the Team Urgency pieces and moves that you can further explore in the Climate Web are listed here.